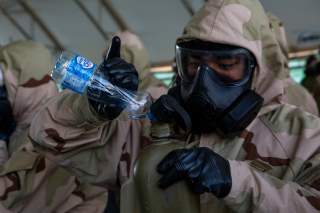 Key Point: No wonder these weapons of war are banned.