I'm a Libertarian, But I Support a Coronavirus Quarantine (If Needed) 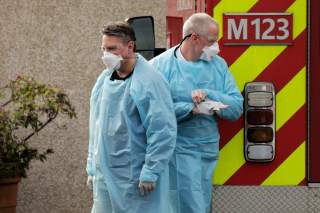 China reacted to Covid–19 with quarantines for vast numbers of people. Yet media outlets such as The New York Times and The Wall Street Journal tell us that we won’t do anything so draconian here in the US. Why not?

As I watch the Democratic primaries, I hear Senator Sanders promote socialism, an idea that many young people like. I’ve lost count of the people who tell me that young folks have no familiarity with socialism — they were born after the fall of the Berlin Wall and hence don’t have the same visceral dislike of authoritarian socialist states as older folks.

Just as Americans don’t want socialism and authoritarianism, they don’t think we live in a society that will quarantine people. Unlike China, the United States prides itself on the protection of its citizens’ rights, and putting citizens in quarantine would be a violation of those rights. However, far fewer folks in US have seen a damaging epidemic than have some experience of socialism. Maybe if you’re old enough you recall the devastation of AIDS 30 years ago, but that’s about it. We are just as lucky to live in a healthy society as we are a capitalist one (and the two are strongly related). I’ve seen malaria, tuberculosis, meningitis, and even cholera up close. I’ve had malaria and other assorted nasty diseases.

I’m also a staunch capitalist and pretty libertarian, but I’m in favor of strong quarantines if required. It’s one of the few reasons the federal government should be able to prevent our travel. So before folks over 40 get smug about how silly young people are to support Bernie Sanders, how many of them would object to disease-induced Marshal Law?

The US does not yet require draconian responses to Covid–19, but it might. So let’s stop it with the “we can’t do that here” talk.

Image: Medics prepare to transfer a patient into an ambulance at the Life Care Center of Kirkland, the long-term care facility linked to several confirmed coronavirus cases in the state, in Kirkland, Washington, U.S. March 5, 2020. REUTERS/David Ryder