Impressive: The Marines Will Use the F-35B to Create Smaller Aircraft Carriers 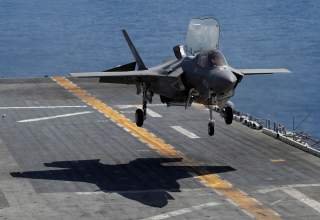 Key point: The Marines have many amphibious assault ships and they have flattops. With a V/STOL aircraft like the F-35B, the Marines could make those ships into small carriers.