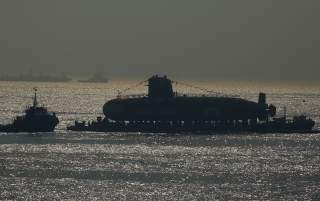 Call it a lesson learned for the Indian navy, which managed to put the country’s first nuclear-missile submarine, the $2.9 billion INS Arihant, out of commission in the most boneheaded way possible.

The Hindu reported yesterday that the Arihant has been out of commission since suffering “major damage” some 10 months ago, due to what a navy source characterized as a “human error” — to wit: allowing water to flood to sub’s propulsion compartment after failing to secure one of the vessel’s external hatches.