India Has Reason To Fear China's Submarines In The Indian Ocean 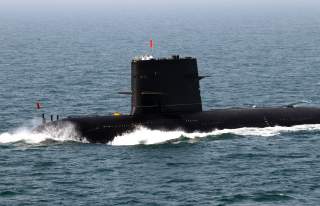 Zachary Keck is former managing editor of The National Interest. You can find him on Twitter: @ZacharyKeck. This first appeared several years ago and is being republished due to reader interest.