India Learned One Way How to Sink a $3 Billion Dollar Submarine: Leave a Hatch Open 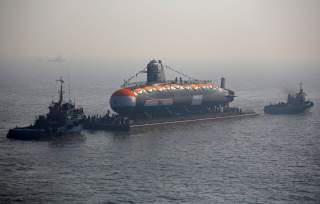 Call it a lesson learned for the Indian navy, which managed to put the country’s first nuclear-missile submarine, the $2.9 billion INS Arihant, out of commission in the most boneheaded way possible.