India Makes Most of the World’s Formulated Medicines. And Then Coronavirus Hit. 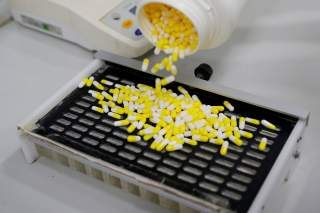 India makes most of the world’s formulated medicines. And as I wrote about earlier, it gets most of its ingredients from China. With China’s Covid–19 shutdown, there are fewer ingredients making their way to India. That’s having an impact.

The Indian government yesterday announced that it was restricting the export of 26 medicines and ingredient chemicals. This accounts for roughly 10 percent of Indian exports. It seems likely that this list will expand in the near future.

Via colleagues in India, I’ve been compiling prices of medicines for the past month in a small sample of pharmacies in Delhi and Chennai.

The prices of three antibiotics, multivitamins, and atorvastatin were checked weekly over the past month, and all prices increased. Erythromycin was up nearly 50 percent in the time period, with other increases lower but still significant, as can be seen in the chart below.

Erythromycin is one of the drugs the Indian government has banned for export, and its price indicates a significant problem with supply.

I will be updating this research over the next few weeks.

This article by Roger Bate first appeared in 2020 on the AEI Ideas blog.