India vs. Pakistan Could Be a Nuclear War Where Billions Die 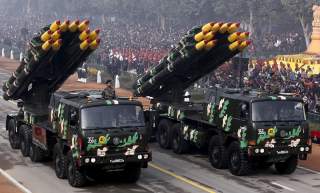 Know This: It’s distinctly possible that any future war between India and Pakistan would involve limited action on the ground and full-scale fighting at sea and in the air. India has the upper hand in both, particularly at sea where it would have the ability to blockade Pakistani ports. Pakistan imports 83% of its gasoline consumption, and without sizable reserves the economy would feel the effects of war very quickly. An economic victory, not a purely military one might be the best way to decisively end a war without the use of nuclear weapons.