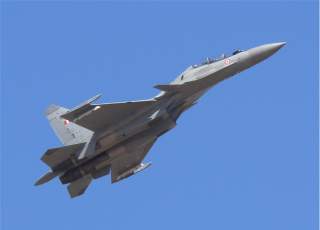 The approach would make it possible to start the program quickly (thereby securing orders for India’s HAL and other local suppliers). It would improve the IAF’s capability in an evolutionary way, and it would be easier on the IAF pilots, who will not have to deal with a quantum leap in the complexity of the upgraded plane’s systems. Such a phased strategy worked well in 2002-2004, when Russia delivered the first 32 Su-30MKI planes. The fighters were supplied in three batches of 10, 12 and 10. Each successive batch included some improvements that were later incorporated in the previous batches, so all 32 planes were eventually brought to the same standard.

When the Su-30MKI specifications were being drawn up, the Indian military came up with an extremely well-balanced set of requirements for the new plane. Those requirements were at the cutting edge of – but not beyond – the Russian defense industry’s capability at the time, and could be implemented at a reasonable cost and within reasonable deadlines. It is to be hoped that a similarly well-balanced solution will be found for the Sukhoi Super 30 program.

Konstantin Makienko is deputy director of the Centre for the Analysis of Strategies and Technologies (CAST) in Moscow. This article first appeared in 2016.