India's Russian-Made Aircraft Carrier Is a Total Disaster. Here's Why. 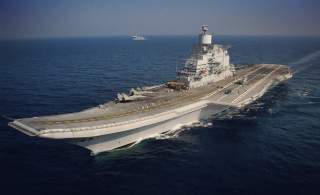 Key point: Of all India’s Russian procurement woes, none speak more to the dysfunctional relationship between the two countries than the saga of INS Vikramaditya.