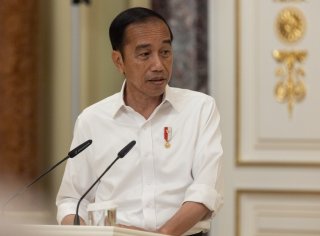 Indonesia has long been an up-and-coming country on the world stage, leading the way among its developing peers. As the world’s third-largest democracy, it continues to play an important role in balancing and harmonizing Southeast Asia, and its G20 leadership this year has brought long-deserved international recognition. Indonesia’s constant efforts to participate in and support international initiatives, work with the United Nations, and move forward the quest for global peace, have earned the country praise.

Apart from its role as a regional peacekeeper, Indonesia has historically tended to focus its policy efforts domestically. While President Joko Widodo is embracing the trust and responsibility the international community has given the country, from tackling global issues with the Global Crisis Response Group to its G20 leadership, the government more often than not has preferred to work only to improve the domestic state of Indonesia.

As a nation of hundreds of islands, however, harmony is part of Indonesia’s culture. Uniting across different languages and ethnicities to share a common identity as Indonesians is something people in this diverse country do every day. This harmonizing nature is something the world needs, and the spotlight of G20 leadership has given Indonesia an opportunity to show off this “soft power.” This soft power can further be seen in an analysis of the Indonesian school curriculum, conducted by the Institute for Monitoring Peace and Cultural Tolerance in School Education (IMPACT-se), a research and policy institute that analyzes school curricula and produces policy recommendations.

The study in question refers to Indonesia’s education system and exemplifies how this system reflects the country’s national values of self-confidence, humility, and unity in harmony. Radicalism, racism, and colonial history are all addressed; tolerance is the overall message. The country teaches the values its people believe in and holds at the core of its identity, and this is not lost on the major players of the international system. Indonesia’s harmonizing nature is an essential part of its political power, and it is what has helped the country step forward as an important geopolitical player.

The G20 summit in Bali this year, as well as the ASEAN chairmanship in 2023, are opportunities for Indonesia to wield this power in a way that benefits global peace and stability. With growing recognition for his country’s international contributions, President Widodo hopes to also attract international investment and support for his own domestic agenda, especially the intensive green transition, and the infrastructure and economic transition needed to accompany it. The United States, Japan, and other partners have already promised $20 billion in financing toward shutting down coal plants and reducing energy emissions by 2030, a tangible result of the country’s growing status.

The current need for a global peacemaker such as Indonesia is especially evident with the ongoing Russia-Ukraine War. From harmonizing relations to addressing the resulting food crisis, Indonesia has already begun to show how suited it is to play the role of mediator. With Widodo’s visits to Kyiv and Moscow in June of this year, he set out to urge a ceasefire, ensure the creation of a grain corridor from Ukraine, and resume Russia’s fertilizer exports. He also chose to invite Russia to the G20 while extending an invite to Ukraine, in a bid to bring Vladimir Putin and Volodymyr Zelenskyy together with other world leaders.

Indonesia’s approach to democracy and harmony has made it a natural leader of the world’s emerging powers, and has given it this opportunity for global leadership. These same approaches are essential to addressing the Russia-Ukraine War and are an important aspect of why now is Indonesia’s time to act. Playing a role in brokering an agreement between Ukraine and Russia would, for example, prove to both the global community as well as to Indonesians that they are ready for this mantle of responsibility.

This new role would also allow Indonesia to move forward on other geopolitical issues of importance, such as normalizing relations with the State of Israel. Not only would this be an incredible show of leadership on the part of Indonesia, but, as is clear from history, doing so would bring a formidable boost to its economy. When the United Arab Emirates signed the Abraham Accords only two years ago to normalize relations with Israel, its trade increased by 500 percent, bringing $1.2 billion in one year. Such a level of trade influx would be incredible for the Indonesian economy, bringing in opportunities for investment, innovation, and entrepreneurship. Indonesia lacks high-tech and digital industries, and a partnership with Israel would allow the country to expand into these sectors.

The economic benefits and expansion of Indonesian industries would be welcome, especially as its transition toward a green economy and normalized relations with Israel would set the nation apart from its neighboring countries. Indeed, the IMPACT-se study in question shows why, at least through an investigation of its educational curriculum, Indonesia is ready to play an even greater leading role on the international stage.

As Indonesia moves into this position of international leadership, there are many aspects of that status that the country must keep in mind. Its harmonizing nature as well as ideals of peace and stability continue to be praised, and its education system will impart these values to the next generation. Its focus on sustainable growth deserves to be emulated, and the preservation of democracy is admirable. With this role, however, also comes the responsibility of applying these values beyond its own borders. By playing a role in important international events, such as hosting the G20 and mediating the Russia-Ukraine War, Indonesia is slowly and surely proving that it is ready for this new challenge.

Jay Ruderman is the President of the Ruderman Family Foundation.