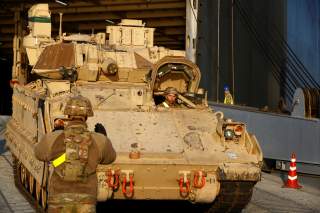 Key Point: IFVs are often expected to fight other IFVs, so the weight of the armor on them has gone up as the caliber of IFV weapons has increased..

This article first appeared in August 2018. It is being republished due to reader interest.