Inflation Proof? Amazon, Apple Are Bullish on the U.S. Economy 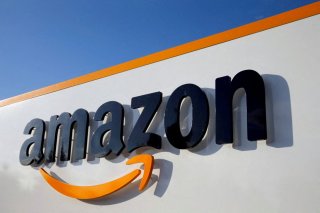 Tech giants Amazon and Apple appear to be more immune to inflationary impacts that are currently stinging other retailers like Walmart and Best Buy, CNBC has reported.

On a press call discussing Amazon’s second-quarter results on Thursday, CFO Brian Olsavsky was asked whether persistent inflation, which reached 9.1 percent year-over-year last month, had changed how consumers are spending.

“We have not seen anything yet,” he said. “We saw demand increase during the quarter and we had a very strong June.”

For the current quarter, the Seattle-based company said it expects sales to come in between $125 billion and $130 billion, representing solid growth of 13 percent to 17 percent.

“The core consumer at Amazon is more well off than the consumer at Walmart, and that seems to be enabling it to outperform Walmart,” Tom Forte, an analyst at D.A. Davidson, told the business news outlet.

Meanwhile, Apple is expecting its growth to ramp up despite “pockets of softness.”

“In terms of an outlook in the aggregate, we expect revenue to accelerate in the September quarter despite seeing some pockets of softness,” Apple CEO Tim Cook told CNBC.

The iPhone maker, which did not provide formal guidance on Thursday, reported revenue climbing 2 percent during the quarter, which Cook noted was better than expected.

He added that the company is certainly seeing inflation but will continue to make necessary investments going forward.

“We do see inflation in our cost structure,” Cook said. “We see it in things like logistics and wages and certain silicon components and we’re still hiring, but we’re doing it on a deliberate basis.”

On Friday, the Federal Reserve’s preferred gauge of inflation once again accelerated in June to hit a new four-decade high, according to the Wall Street Journal.

The Commerce Department’s Personal Consumption Expenditures (PCE) price index showed that consumer prices rose 6.8 percent last month from a year earlier, up from 6.3 percent in May and April. The PCE gain marked the sharpest rise since January 1982.

The data also indicated that, when taking inflation into account, month-over-month consumer spending climbed by only 0.1 percent and disposable incomes fell by 0.3 percent.

“More recently, we started to see that filter into middle-income households as well. They are also starting to pull back more on spending and having to adjust their allocations of spending,” he continued.