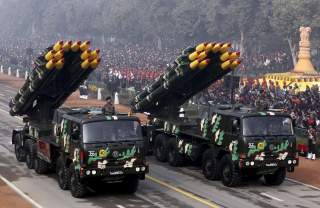 Key point: India is surrounded by countries it has fought wars with, especially Pakistan and China. To protect itself, New Delhi has a robust nuclear program- even though it is very dangerous.

“Although the Indian government has made no statements about the future size or composition of its land-based missile force, short-range and redundant missile types could potentially be discontinued, Files with only medium- and long-range missiles deployed in the future to provide a mix of strike options against near and distant targets,” the report noted.