International Aid for Gaza Must Not Build Hamas’ Rockets 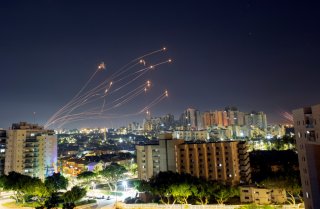 Once again, the pictures from Israel and Gaza were horrible. For eleven days, thousands of missiles and rockets flew from Gaza, forcing millions of terrified Israelis to run to shelters. Again, analysts spoke about the long and violent history of the Palestinian-Israel conflict, human rights, international law, and disproportionality. Diplomats and world leaders solemnly called for an end to the fighting, seeking to end what they called “the endless cycle of violence.”

But somehow, amidst all of this solemn and well-intentioned activity, a few key questions seem to have been missed. In particular, how did Gaza—which, we are repeatedly told, is one of the world’s most impoverished territories—obtain an arsenal of 30,000 rockets and missiles? How were the different Palestinian militias, led by Hamas (aka the Islamic Resistance Movement) able to launch 4,350 of these mass terror weapons at Israeli cities and towns, in just eleven days, while also leaving plenty for the next round?

It appears that almost no one noticed as this deadly arsenal was assembled. The numerous United Nations agencies that claim to be helping the people of Gaza, including the UN Relief and Works Agency (UNRWA), UN Office for the Coordination of Humanitarian Affairs (OCHA), and UN Children’s Emergency Fund (UNICEF), which receive hundreds of millions of dollars from various governments, (including the United States after President Joe Biden reopened the tap) publish an endless flood of reports highlighting the urgent need for additional funds. And yet, mysteriously, none of these mention the numerous factories in Gaza where these rockets are produced, or the civilian structures where they are stored, with rapid-fire reloadable launchers.

The industry behind Gaza’s weapons stockpiles, and the concrete-reinforced tunnels under crowded neighborhoods to protect the weapons against Israeli counterattacks, are located in a tiny strip of land, about half the size of New York City. Given the scale of this activity, it would not have taken a major effort from NGOs, UN agencies, and government aid officials to connect the dots. On the contrary, they had to go far out of their way to avoid the evidence.

Since 2001, when Palestinian “resistance” rockets were initially launched across the Gaza border, more than 10,000 weapons have been fired into Israel. Most were made locally, using materials (pipes, chemicals for explosives) and machine tools from Iran and those brought in as humanitarian aid from international donors. The warheads, frequency of attacks, and range of the rockets increased steadily, causing a growing number of casualties, including deaths.

When Israel withdrew all of its forces and civilians from Gaza in 2005, missile production increased significantly. In the first Gaza war, beginning on December 28, 2008, 750 missiles and mortars were fired across the border at cities and towns (each one was a war crime). Israeli counter-attacks caused damage but did not stop the rockets, and the international community remained silent. The attacks resumed, starting with a trickle, before gradually increasing and triggering more Israeli counter-attacks. This script was repeated through a number of cycles, including a fifty-one-day war in 2014, this time with 4,500 rocket attacks from Gaza. After that war ended, the production lines were quickly restarted, using more materials “acquired” from international aid supplies, while the donors all looked the other way. This set the stage for the latest version of this tragedy.

With more dead and wounded from yet another war, fresh images of Israeli children running to shelters, and bombed-out houses and other buildings in Israel and Gaza, will anything change? Will the UN and donor countries begin to act responsibly to ensure, finally, that Hamas and its allies will stop stealing the materials donated for rebuilding Gaza in order to restart the missile factories and rebuild the terror tunnels?

To end this cycle, the providers of international aid for Gaza must do more than issue solemn statements about peace, while turning a blind eye as humanitarian aid is diverted into even more missiles and rockets. To make a real contribution, NGOs, the UN, and major donor countries—including Canada—would have to create a serious monitoring and enforcement mechanism, and even withhold aid as long as the mass production of missiles and construction of concrete tunnels continues. Creating and implementing such mechanisms will be costly and difficult. But the alternative of continuing to ignore Gaza’s arsenal of weapons and the massive underground tunnel complex is too costly.

Gerald Steinberg is emeritus professor of political science at Bar-Ilan University and heads the Institute for NGO Research in Jerusalem.