Introducing the 5 Deadliest .357 Magnum Guns Ever 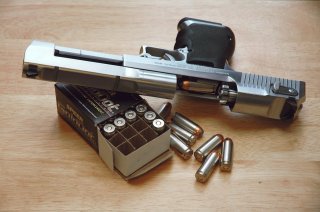 Unlike the original LCR’s aluminum frame, the LCR 357 is made with a 400 series stainless steel frame in order to withstand the higher pressures of the magnum round.