Introducing the Ruger American Pistol: The Gun the Army Should Have Purchased? 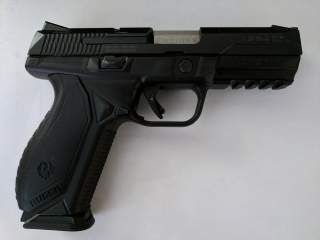 Safety is a major consideration on the American Pistol. Unlike a Glock, the gun can be disassembled without pulling the trigger.