The Iowa Caucus Is Here! Here Is How It Works and What You Need To Know. 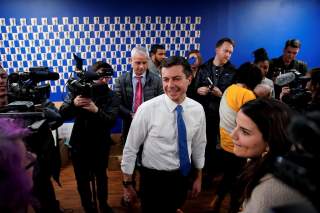 When Iowans gather at 1,700 sites across the state tonight, their caucus will be the 11th competitive race for the Democratic presidential nomination since 1972.  That year an outsider candidate, George McGovern, finished stronger than expected with 23 percent of the vote (Ed Muskie and “uncommitted” each got 36 percent), and McGovern went on to win the nomination. According to the Des Moines Register, “Since 1972, the top vote-getter in the Democratic caucuses has gone on to win the nomination in seven of 10 contested races, but just Jimmy Carter in 1976 and Barack Obama in 2008 won the presidency.”

This article by Karlyn Bowman first appeared in February 2020 on the AEI Ideas Blog.