iPhone 12 5G Is Coming: Get a Sneak Peak of the Newest Apple iPhone 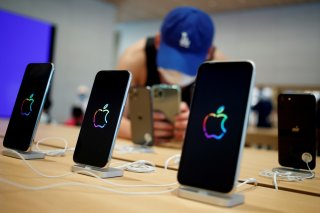 Apple has confirmed that this year’s iPhone lineup will be delayed past its traditional September release date, but that hasn’t stopped an ongoing deluge of industry insider leaks that paint an increasingly clearer picture of what to expect from the upcoming iPhone 12.

A recent batch of renders created by tech publication svetapple.sk has aggregated all the latest leaks to illustrate what the next iPhone might look like. The images depict significantly smaller bezels and a more aggressively flattened front panel—two leaked design updates that have long been requested by consumers. The front-facing bezel is unfortunately here to stay but may receive a welcome size reduction. Svetapple's vibrant, playful colors reflect prior reporting that Apple is aiming for a striking palette reminiscent of 2018’s iPhone XR. In keeping with Apple’s design choices from prior years, it is highly likely that some of the new colors will be restricted to certain iPhone 12 models.

Apropos of new models, it is widely believed that there will be four iPhone 12 variants: the iPhone 12 for $549, iPhone 12 Max for $749, iPhone 12 Pro for $999, and iPhone 12 Pro Max for $1,099. As implied by the pricing model, there will be a fairly linear specs progression from the base iPhone 12 all the way to the Pro Max. All models will likely start at 128GB of storage space and boast the same A14 Bionic Chip, but the Pro and Pro Max will boast 6GB of RAM as opposed to the 4GB of the 12 and 12 Max. The Pro and Pro Max will also get a 120Hz refresh rate screen, as opposed to the more standard 60HZ of the 12 and 12 Max. Coming in at only 5.4 inches, the iPhone 12 is being positioned as the clear, if not only, choice for those interested in a small phone experience. The Max and Pro will be significantly bigger at 6.1 inches, followed by the Pro Max at a phablet-sized 6.7 inches. While the baseline iPhone 11 model used an LCD panel, it is expected that the entire iPhone 12 range will come with OLED displays. The 12 and 12 Max will boast an improved dual-lens setup that includes a whopping 64-megapixel sensor, but the big changes come with the Pro and Pro Max: both of the latter will likely ship with a LiDAR scanner, allowing for unprecedented augmented reality experiences.

One of the few remaining mysteries surrounding the iPhone 12 is the question of 5G connectivity; we know that it’s coming in some form, but it is not yet clear if Apple intends to implement 5G as a baseline standard across all models or only on the Pro line. Another, somewhat less likely possibility is the introduction of a 4G-only iPhone 12 and 12 Max that sell for around $100 less than their 5G counterparts. Though it’s never a particularly elegant solution to release two nearly identical products, we know from Samsung’s Galaxy S20 launch that there is still a healthy market demand in 2020 for affordably-priced 4G flagships.

As the tech community works to get a clearer sense of what to expect from Apple's next flagship, it’s worth noting that there is still quite a ways to go until the iPhone 12 announcement. The wait looks to be especially long for the two more expensive models; whereas the Iphone 12 and 12 Max will be released early to mid-October, current leaks suggest that the Iphone Pro and Pro Max will not ship until November.