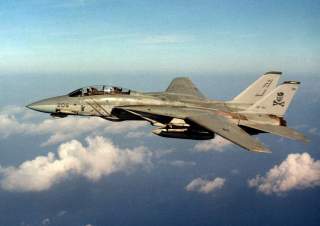 The IRIAF F-14A from the 8th Tactical Air Base crashed while it was landing.