Iran and the Taliban: Fast Friends or Fierce Foes? 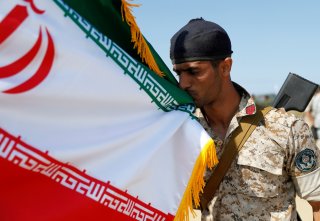 Taliban fighters captured the Afghan capital last week amid scenes of panic and chaos, bringing an astonishingly swift close to the government in Kabul. The U.S. failure to achieve its objectives and the Taliban’s re-emergence in Afghanistan is evident, but whether they represent a challenge or opportunity for Iran is still unclear.

Second, Donald Trump’s policy of maximum pressure on Iran strengthened the “pivot to the East” strategy among the Iranian elite. That necessarily means expanding the ties with the powers of the East namely, Russia and China. To be sure, some analysts believe that one of the goals of the United States’ abrupt withdrawal from Afghanistan is to create security challenges for Russia, Iran, and China.

Third, during the Trump administration, Saudi Arabia and Israel presented a de facto united front against Iran. As a result, the United States, Saudi Arabia, and Israel expanded their political-security cooperation and did whatever they possibly could against Iran including destroying the Joint Comprehensive Plan of Action (JCPOA). The same coalition could use the Taliban as a tool against Iran, which would be favored and supported by the United States.

Fourth, hundreds of thousands of Afghans fled to Iran after the Soviet invasion in the early 1980s. The flow of Afghan refugees accelerated after the U.S. invasion of Afghanistan. Some three million Afghan refugees currently live in Iran. Given the economic hardship that Iran is grappling with in the aftermath of the Trump administration’s maximum pressure strategy—which has actually continued even after Joe Biden’s election, a rise in the flow of refugees to Iran can only exacerbate its youth unemployment.

Yet the Taliban’s takeover also presents several opportunities for Iran.

First, the 1979 Iranian Revolution exhibited a significant anti-imperialism dimension. Iran took a hard stance against the United States—the prime case of an imperialist power in that context and ever since—and tried to form and lead an axis of resistance in the region against U.S. hegemony. The Taliban too proclaims to resist U.S. domination in Afghanistan and in the broader region. And if the Taliban is serious about this, then they are likely to find an ally in Iran. Hamas is an example of a Sunni Jihadi movement that has managed to have strong ties with both Saudi Arabia and Iran. Hamas and Iran have found common reasons for their alliance: to combat U.S. imperialism and Zionism.

Second, Iran and Afghanistan have tremendous cultural and historical ties. Afghanistan’s official language is Persian, and part of its population is from the Shi’a community. Hence, the Taliban do not constitute all Afghans. In order to establish a stable government, the Taliban needs the participation and cooperation of other ethnic minorities as well: the Tajiks, the Hazaras, the Uzbeks, and even the Pashtuns who do not necessarily align with the Taliban unanimously. The success of potentially establishing inclusive governance in Afghanistan hinges on including all ethnic groups in the future Afghan government and establishing normal ties with Tehran. A high-ranking Taliban delegation recently traveled to Tehran and held important secret talks with Iranian officials before the U.S. withdrawal. More recently, Taliban spokesman Mohammad Naeem tweeted that they have now reached a mutual understanding with Tehran. Since then, we haven’t also seen any serious resistance coming from the Tajik, Shiite, and Hazara leaders, both in words and action. On August 22, a spokesman for the Taliban reiterated that the group will consider sharing power between all Afghan groups and seeks friendly relations with all countries.

Third, the Taliban’s victory in Afghanistan means a strategic defeat for the United States. Recent developments in Afghanistan have exposed U.S. weaknesses. The fall of Kabul is reminiscent of the fall of Saigon in 1975 and adds to a list of other Middle Eastern defeats that include Iraq, Yemen, and Libya. Thus, it would not be an exaggeration to say that we have reached the end of the era of American regional dominance. This is the golden moment that Beijing, Moscow, Tehran, and the axis of resistance have been waiting decades for. The vacuum of power created in the region needs to be filled, and it is likely that these powers will fill that gap. The re-emergence of the Taliban also exposed that it defeated the United States in Afghanistan with Saudi money and Pakistani intelligence.

Fourth, all the while, recent developments in Afghanistan could be an opportunity for improving Saudi-Iranian bilateral relations. Over the past few weeks, the two countries have held talks in Baghdad—the upshot is unclear but the talks have been positive. Iran’s ambassador in Iraq recently noted that the negotiations have been suspended until after President Ebrahim Raisi’s government appoints its key officials. For the longest time, on negotiating with Iran, Saudi officials were concerned with two issues. First, the unbalanced power due to Iran’s upper hand on a variety of regional affairs, and second, that Supreme Leader Ayatollah Ali Khamenei and the Islamic Revolutionary Guards Corps (IRGC) are the real decision makers, not the Rouhani administration. But now Raisi, with the support of the supreme leader and the IRGC, has been elected as Iran’s new president. The Taliban’s victory in Afghanistan may be considered as a bonus for the Saudis, which may give them an incentive to improve bilateral relations with Iran. This may indeed open doors for broader cooperation in the region.

Ambassador Seyed Hossein Mousavian is Middle East Security and Nuclear Policy Specialist at Princeton University, and a former Chief of Iran’s National Security Foreign Relations Committee. His books include Iran and the United States: An Insider’s view on the Failed Past and the Road to Peace (Bloomsbury, 2014), A Middle East Free of Weapons of Mass Destruction, (Routledge, 2020), and, most recently, A New Structure for Security, Peace, and Cooperation in the Persian Gulf (Rowman and Littlefield, 2020).