Iran Could Give Britain's Navy A Run For Its Money 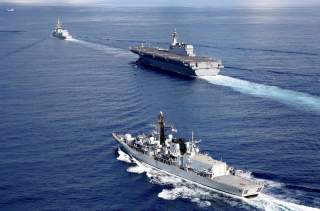 Key point: So is Britain or Iran stronger? It depends on the circumstances.

Michael Peck is a contributing writer for the National Interest. He can be found on Twitter and Facebook. (This article was originally published last year and is being republished due to reader interest.)