Iran Could Have A Nuclear Weapon By This Time Next Year 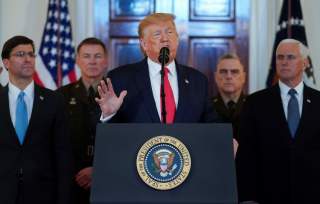 Key Point: The European Union, China, Russia, France, the United Kingdom, Germany and Iran remain parties to the deal. America is not.

David Axe serves as Defense Editor of the National Interest. He is the author of the graphic novels  War Fix, War Is Boring and Machete Squad. This first appeared in July of last year.