Iran Has A Big Air Force, But One Reason Keeps It Weak 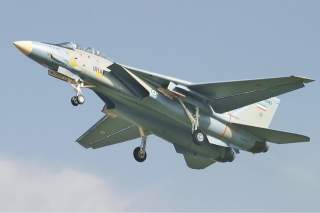