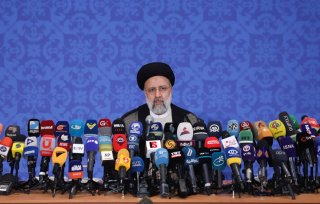 A high-ranking Taliban delegation led by Afghan foreign minister Amir Khan Muttaqi recently held a series of meetings with Iranian officials and Afghan opposition figures in Tehran. “The discussions on political, economic, transit, and refugee issues between Afghanistan and Iran was the aim of the visit,” Taliban foreign ministry spokesman Abdul Qahar Balkhi wrote on Twitter.

During the Taliban’s visit, Iranian foreign minister Hossein Amir Abdollahian stated that the Taliban’s leaders understood the need to form an inclusive Afghan government and the importance of providing acceptable indicators of progress in that regard.

Since the U.S. departure from Afghanistan and the Taliban takeover, the Islamic Republic of Iran has remained steadfast in its outreach to Taliban leaders and their opponents. Ismail Khan fled Afghanistan for Iran and is presently living in Mashhad, Iran’s second-largest city. Ahmad Massoud has traveled to Iran frequently in recent months.

Establishing an inclusive government in Afghanistan would not be reachable without Massoud, who, like his father, is a beloved figure in both Iran and Afghanistan due to his struggle against the Taliban. As a result, Iran tried to soften the Taliban delegation’s attitude towards the Afghan opposition figures in the recent trip.

During the meeting, Taliban foreign minister Muttaqi told opposition leaders that the Taliban would guarantee their safety if they returned to Afghanistan. But afterward, the National Resistance Front's statement claimed that the Taliban did not make any concessions on either forming an inclusive government or preserving human rights. Nonetheless, having opposition and Taliban figures talk face-to-face around a table could be a harbinger for new developments on a path to peace.

“The session was held in a calm and good atmosphere, and, naturally, more time is needed to reach a common point of view, and we should not expect a result in the Tehran talks soon,” said Abdul Qayyum Soleimani, caretaker of the Afghan embassy in Tehran.

While Iran has not recognized the Taliban as a legitimate government, the Taliban’s third foreign trip—following visits to Pakistan and Qatar—after taking control of Kabul was to Iran, and common interests tie the two together. Iran and the Taliban share a common enemy in the United States, and both have cooperated and acted independently against it in recent years. Moreover, the Islamic Republic is poised to benefit from the restoration of its economic relationship with Afghanistan. In the first meeting held between Iran and Afghanistan’s chambers of commerce since the Taliban’s takeover, the two countries signed an agreement to, among other things, establish a committee for investment in technical and engineering services, pursue a bilateral preferential tariff agreement, and increase cooperation on various energy projects.

In October 2021, Iranian president Ebrahim Raisi appointed Hassan Kazemi Qomi as the president’s special envoy for Afghanistan affairs. During this period, Qomi has been in constant contact with Taliban leaders and traveled several times to Afghanistan.

The controversial meeting between the Taliban delegation and the Afghan opposition group in Tehran amounts to a political achievement for Iran. Iranian officials have always stressed that establishing an inclusive Afghan government is necessary before Tehran will officially recognize the Taliban. Now the Islamic Republic is advancing that objective by seeking a rapprochement with the Taliban and facilitating its negotiations with opposition figures.

Yet despite Iran working to bring about national reconciliation in Afghanistan, there is reason to expect that Iranian officials will need more time to sway Iranian public opinion in favor of recognizing the Taliban. The Iran public has not forgotten the Taliban’s murder of Iranian diplomats in Mazar-e-Sharif in 1998 and other tensions remain. So far, the Islamic Republic’s state television has not aired any news or images of the Taliban delegation visiting Iran.