Iran is Stepping Up Its Cyber Attacks 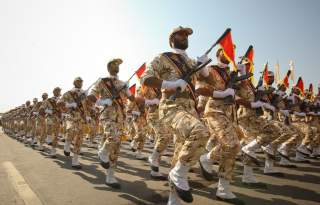 Days earlier, Trump abruptly called off a plan for airstrikes against the Islamic Republic based on the concept of proportionality after Iran shot down a U.S. Navy drone.

WASHINGTON — State-backed Iranian hackers have stepped up cyberattacks on the U.S., according to the Department of Homeland Security's cyberagency.

There has been a "recent rise in malicious cyberactivity directed at United States industries and government agencies by Iranian regime actors and proxies," Christopher Krebs, the director of the Cybersecurity and Infrastructure Security Agency, said Saturday in a statement.

The news of increased cyberattacks by Iran comes amid heightened tension between the U.S. and Iran dating back to the U.S. withdrawal a year ago from the 2015 nuclear deal. The U.S. has sent additional troops to the Middle East and, on Saturday, President Donald Trump said that the U.S. will impose another round of economic sanctions on Iran.

Days earlier, Trump abruptly called off a plan for airstrikes against the Islamic Republic based on the concept of proportionality after Iran shot down a U.S. Navy drone.

In the cyber domain, Iran's attacks are "looking to do much more than just steal data and money," Krebs said in the statement. "What might start as an account compromise, where you think you might just lose data, can quickly become a situation where you've lost your whole network."