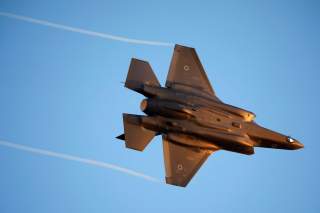 The newspaper emphasized that it was the original media source that exposed the Israeli raids, which had taken place in March 2018. Al Jarida cited senior Iranian military who said that only following its March report did the intelligence services of the Revolutionary Guards and the Iranian intelligence ministry begin to investigate the case, under Khamenei’s direct orders.

One of the sources reported that Iran’s air defense system, including its Russian radar, did not detect the entry and exit of the fighter planes, and that Ismaili hid this information from the supreme leader to cover his service failure. However Iranian intelligence discovered that the Israeli fighter jets had carried out this sortie as a test of the possibility of an undetected attack on Iranian outposts and bases, during which they photographed those sensitive bases, evading the Russian S-300 missile system’s radar.

According to Al Jarida, Iranian intelligence received top secret information that the Israeli fighter planes even managed to photograph Iran’s underground bases. Khamenei, who received this information, now suspects a cooperation between Russia and Israel, and that the Russians gave Israel the secret code of the Russian radar in Iran – according to the Kuwaiti newspaper.

Khamenei fired the commander of Iran’s air defense system on May 29, replacing him with his deputy, General Alireza Sabahi-Fard.

Israel is the first country outside the U.S. to acquire the F-35 fifth-generation fighter, of which it could take up to 75.

Noteworthy Israeli F-35 deals have been severely criticized because the aircraft are more expensive than those purchased by the U.S. Air Force (USAF) since they feature several unique (and indigenous) systems to satisfy Israeli Air Force (IAF) operational requirements.

However former Minister of Defense Avigdor Lieberman explained that “The F-35 squadrons are the pinnacle of technology, and will assist the Israeli Defense Forces (IDF) and air force in meeting the many security challenges Israel faces head-on. They are a central aspect in protecting the safety of the people of Israel along the country’s borders and even away from them.”

The U.S. in fact has given Israel more military aid than any other country in the world – currently around $4bn a year – and its laws on arms sales require that Israel always maintains military superiority in the Middle East.

All planes ordered by IAF belong to the F-35A variant named F-35I Adir (Mighty) in Israel and are operated by the IAF’s Golden Eagle Squadron, based in the Nevatim Air Base in the center of the country.