Iran's F-14A (American Made) Tomcats Have a Missile Problem 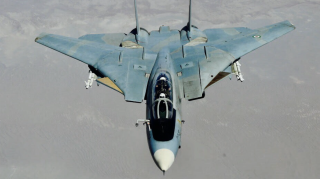