IRS Warns of Common Scams Ahead of Tax Season 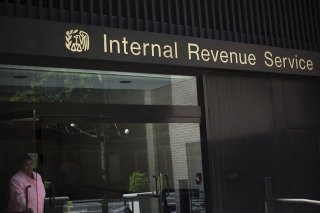 Taxpayers this spring should be on the lookout for scams directed at them.

The IRS recently released a warning of scams often directed at taxpayers related to their annual tax filing. Among other examples, the agency is warning about bad actors imitating the IRS, often with scams that involve text messages, emails, and phone calls.

Since the 2015 Security Summit, the IRS and other stakeholders have been working hard to “protect taxpayers, businesses, and the tax system from identity thieves.”

More recently, the IRS has been concentrating on text message scams, which have been proliferating of late. A common version is for a text to claim it’s from the IRS and include a bogus link. The IRS says it does not send crucial communications via text messages, with the exception of IRS Secure Access, nor does it send direct messages on any social media platform.

Those who receive such texts are asked to email them to [email protected]. Phishing communications have also often arrived via email. The IRS also does not originate communications using email.

The IRS also warned taxpayers to watch for signs that they have victims of unemployment identity theft. This includes the receipt of forms about unemployment claims that they did not really file, and IRS forms “reflecting unemployment benefits they weren't expecting or didn't receive.”

The IRS may call taxpayers by phone, but it does not " leave pre-recorded, urgent or threatening messages.” The IRS also does not threaten to issue a warrant for the person’s arrest over the phone. The IRS also will not call and demand that taxpayers use a specific payment method to settle debts, especially not a “prepaid debit card, gift card or wire transfer.” The agency is more likely to mail a bill before trying to get in touch in any other way.

In some cases, criminals are able to “spoof” phone numbers to make calls appear to be coming from the IRS.

"With filing season underway, this is a prime period for identity thieves to hit people with realistic-looking emails and texts about their tax returns and refunds," IRS Commissioner Chuck Rettig said in the announcement.

"Watching out for these common scams can keep people from becoming victims of identity theft and protect their sensitive personal information that can be used to file tax returns and steal refunds."

Last year, the IRS issued a list of the “Dirty Dozen” most common tax-related scams.