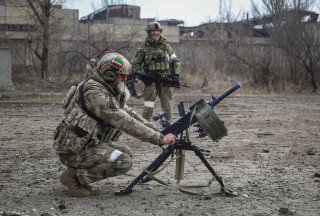 On February 24, 2022, Russia launched a widescale invasion of Ukraine, triggering reactions not only from Western countries, but also from the arch Sunni jihadi rivals, the Islamic State (ISIS) and Al Qaeda, and their supporters.

ISIS is the only group to officially react to the war, while Al Qaeda, quite tactfully, remained silent and made no official comment on the subject thus far. The reactions of Al Qaeda and ISIS supporters were almost identical; favorably viewing the war as a helpful development for Muslims and jihadis and advising Muslims to not get involved in wars of “crusaders.” Furthermore, they denounced the participation of Muslims in the war, particularly Muslim Chechen fighters who were deployed by pro-Russian Chechen leader Ramzan Kadyrov to back up the Russian war in Ukraine. Sending Chechens to fight in Ukraine appears to have no religious basis; rather Kadyrov’s move aimed to prove his loyalty to Vladimir Putin, whose support is the basis of his rule.

However, an unofficial pro-Al Qaeda magazine urged Muslims in Europe to capitalize on the war in Ukraine by offering ways to do so—a call which perfectly matches an ISIS supporter’s advice to Muslim youth in the West to exploit Ukraine’s open borders and available arms to carry out attacks on “Crusaders.”

Muslims Urged To Fight On Both Sides

Using religious justifications, Muslim clerics in Chechnya and Ukraine encouraged Muslims to participate in the military campaign on behalf of Russia and Ukraine. In Chechnya, the mufti Salakh Mezhiev praised Muslim fighters on February 27, who took part in the Russian military campaign against Ukraine and declared it a “jihad.” Chechen Muslims, he noted, were fighting “for the sake of the Koran, for the sake of Allah, so that this dirt does not spread among us.”

On the other side, Said Ismagilov, a mufti representing the highest Muslim religious authority in Ukraine, stated prior to the launch of the Russian offensive that Muslims will defend Ukraine with more than just prayers. When Putin announced the start of a “special military operation” to “demilitarize” and “de-Nazify” Ukraine on February 24, Ismagilov issued a fatwa or a religious edict, urging Ukrainian Muslims to defend their homeland, helping in the fight against Russian military aggression.

A similar position was taken by Ayder Rustemov, the Muslim mufti of the Black Sea peninsula of Crimea, annexed by Russia from Ukraine in 2014, who has urged Ukrainian Muslims to defend their country. He also called on Muslims in Russia not to take part in the Russian aggression against Ukraine and warned them that a war would force them to “fight Muslims defending Ukraine and their homes, families, and honor.”

Although the exact number of Chechen fighters deployed in Ukraine is still unknown, they were reportedly fighting on both sides. Several pro-Chechen Telegram channels and pro-Russian Twitter accounts posted videos and photos showing Kadyrov’s Muslim forces, also known as Kadyrovtsy, shouting “Allahu Akbar” or “Allah Is the Greatest” amid reports indicating they had sustained heavy casualties. In opposition, Chechens fighting on the Ukrainian side are comprised of two main groups: the Sheikh Mansur Battalion, led by Muslim Cheberloevsky, who engaged in heavy fighting with the Russian-backed separatists and Russian forces in Ukraine in 2014 and 2015, and the Dzhokhar Dudayev Battalion, whose leader Adam Osmaev described Kadyrovtsy as “traitors.”

The involvement of Muslim Chechens on both sides of the Russo-Ukrainian War has sparked similar reactions from ISIS and Al Qaeda supporters. Both sides strongly denounced the participation of Chechen fighters on behalf of Russia and urged Muslims to stay away from wars of “crusaders” and “infidels.”

ISIS and Al Qaeda supporters reacted by cheering on the war with the hope that both sides, the countries of “crusaders” and “infidels,” would eliminate and destroy one another. Some supporters of these two groups have even urged Muslims in Russia and Ukraine to take advantage of the military confrontation to wage jihad against the infidels.

Responding to calls for Muslims to engage in the war, ISIS offered an official comment on the war. The group celebrated the war and urged Muslims not to get involved or side with any camp of this “Crusader-Crusader war.”

In a March 3 editorial “Crusader-Crusader Wars,” featured in the group’s weekly newspaper Al-Naba #328, ISIS argued the ongoing conflict is a “direct bloody war between the Orthodox Crusaders of Russia and Ukraine,” deeming the war a divine punishment inflicted on these two countries, due to their own disbelief.

ISIS further noted that the Russo-Ukrainian War ushers in the beginning of the upcoming “Crusader-Crusader wars,” saying the bloodshed witnessed in Ukraine will spill over into other capitals in the West. Religiously speaking, ISIS viewed the war as a means by which Allah is punishing the “Crusaders.”

Moreover, ISIS denounced those supporting “Crusader” Ukraine against what they called “the Russian occupation,” as well as anyone siding with “Crusader” Russia, whose opponents are an ally in their “resistance axis.” The group added both camps manifested a deviation from the Islamic principle of al-wala’ wal-bara’, namely loyalty toward fellow Muslims and the disavowal of non-Muslims.

On the participation of pro-Russia Chechen fighters and pro-Ukraine fighters in the war, ISIS strongly denounced the “apostate Chechen militias” for engaging in the war alongside Russia, in a manner like that of the “militias of unbelief” from Europe which are fighting alongside Ukraine. “This war and the wars to follow will reveal that in every country there is an apostate [Chechen leader Ramzan] Kadyrov who fights in accordance with the method of Putin, just as past wars had revealed that in every country there was an apostate [former Afghan President Hamid] Karzai who fought in accordance with the method of [George W.] Bush!”

Warning Muslims not to side with either camp in such wars, ISIS urged Muslims to only follow Allah’s religion, support believers, and disavow all unbelievers. ISIS concluded by stating these “Crusader-Crusader wars” have just started and asked Allah to prolong such wars to divide the unbelievers.

ISIS did not encourage its members and supporters to exploit the conflict and wage jihadi attacks against Russia. However, an ISIS supporter on the pro-ISIS RocketChat server said on February 24 that ISIS followers in Russia and Ukraine must exploit the conflict to carry out attacks against the “Crusaders” in retaliation for the involvement of these two countries in the anti-ISIS campaign:

To the brothers, supporters of the Islamic State in Russia and Ukraine: Seize the opportunity, brothers, and collect weapons, which have been widely distributed to civilians, then attack the Crusaders. This war among the infidels is a good opportunity to incinerate the effeminate [people] of Europe who burned our brothers in al-Baghuz [ISIS’ final enclave in Syria] with white phosphorus.

Other ISIS supporters denounced the participation of Chechen soldiers in the Russian invasion of Ukraine. Commenting on a photo of Chechen soldiers performing prayers while traveling to join the Russian offensive against Ukraine, an ISIS supporter wrote: “A vivid image of the fight for the sake of the tyrant. Soldiers of the polytheistic Sufi Kadyrov join the camp of infidels.” Another online ISIS supporter argued that the recruitment of pro-Russia Chechen fighters is like what America did, “The Russian army is recruiting the apostate sahawat [anti-ISIS Sunni militias] to fight under its banner just as the American unbelievers do.”

Unlike ISIS, Al Qaeda has not made any official comment on the ongoing war in Ukraine at this point. However, the unofficial pro-Al Qaeda “Manhattan Wolves Magazine,” named after the 9/11 hijackers and produced in Arabic, French, and English by the pro-Al Qaeda media group Jaysh Al-Malahim Al-Electroni, offered ways to jihadis, specifically Muslim youth in Europe, on how to exploit the war raging in Ukraine. The pro-Al Qaeda magazine’s call for Muslims in Europe to capitalize on the war in Ukraine perfectly matches the aforementioned ISIS supporter’s advice to Muslim youth in the West to exploit Ukraine’s open borders and available arms to carry out attacks on “Crusaders.”

In its third issue released on Telegram on April 4, the pro-Al Qaeda magazine included an article titled “The Wolf of Islam And His Position on The Clash Among The Worshippers of the Cross,” urging Muslim youth to exploit European countries’ call for volunteer fighters to join the fight against Russia in Ukraine. The magazine also encouraged Muslims to group to abuse Ukraine’s open border policy to receive training and obtain weapons to target the “Crusaders,” reminding individuals of the jihadi group formed by Abu Mus’ab al-Zarqawi in Iraq which later became “a nucleus for burning the Crusaders until our very day.” “Who knows perhaps Allah will make the Russians’ invasion of Ukraine a reason for the launch of jihad all over Europe, just as their invasion of Afghanistan was a reason for the launch of the global jihad,” the editors of the magazine noted.

Addressing European and Ukrainian Muslims, the magazine advised them to drive a wedge between Ukrainian refugees and their host countries since it could ultimately cause “an ethnic war.”