Israel’s Apartheid Against Palestinians Is Not New 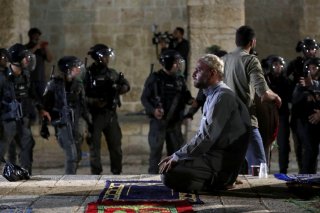 The recent uptick in apartheid accusations against Israel, such as the new Human Rights Watch (HRW) report released on April 27 regarding Israeli actions against Palestinians, should not come as a surprise to observers. Rather, surprise should stem from the failure of human rights organizations and the international community to apply such terminology decades ago. Simply put, Israel has been an apartheid state for decades. Rather than praising human rights organizations for finally getting this designation right, efforts should continue to pressure Israel on its mortifying record concerning its long and growing ethnonationalist impulses that violate the most basic concepts of Palestinian human dignity.

This is not to suggest that most groups involved in the Israel-Palestine conflict are perfect in the area of human rights. Numerous instances of attacks on Jewish Israeli civilians and their communities have persisted across the cold conflict since before the foundation of Israel in 1948, including indiscriminate missile attacks and suicide bombings. Rather, the point here is to suggest that such events do not justify crimes against humanity and persecution by a state with an overt power asymmetry advantage. Bothsidesism, in this case, constitutes a logical fallacy when considering the actions of the state of Israel, which is guilty of not only violating international law but doing so in a systematic and planned fashion.

Against this backdrop, the release of the Human Rights Watch (HRW) report titled “A Threshold Crossed: Israeli Authorities and the Crimes of Apartheid and Persecution” is presented as a major focal point in the Israel-Palestine conflict. The report offers a scathing review of Israeli government policies that constitute crimes against humanity in the form of apartheid and persecution, citing systemic instances of de-jure and de-facto discrimination within policy areas such as forced displacement, unfair housing and occupancy restrictions, conditional and revocable residency rights, and limited and controlled movement. This includes severe limits on basic freedoms such as speech and protest—all rights fully afforded to Jewish Israeli citizens.

However, the information presented by HRW is not new. There is abundant evidence from decades of occupation that depicts the oppressive policies of the Israeli government against Palestinians. It is not difficult to find videos of Palestinians protesting the forced demolition of Palestinian homes or olive tree removal—a crucial component of Palestinian culture. This includes atrocities like the May 9 assault on the Al-Aqsa Mosque, the third holiest site in Islam. It also includes the arbitrary arrest of Palestinian children, such as a recent incident involving a group of children in Hebron picking vegetables. All were between eight and thirteen years of age and were actively being attacked by a Jewish Israeli settler mob—details that the Israeli security forces conveniently and typically disregard.

This recent incident speaks to another component of apartheid that has existed since well before the establishment of Israel. Jewish Israeli settlers have for decades openly attacked—and often murdered—innocent Palestinians unlucky enough to find themselves in or near Jewish Israeli settler communities. Violent mobs form on a nearly weekly basis to attack Palestinians living near these communities, often with the deliberate intention of creating an unsafe living environment that forces their displacement. The violence surrounding Sheikh Jarrah in East Jerusalem for the last week personifies this situation, just as state support for such groups makes the violence state-sponsored.

Far-right Jewish supremacy groups often support such violence. Lehava, an anti-Palestinian and anti-miscegenation group, conducted violent attacks on Palestinians in Jerusalem on April 30 in support of their racist ideals. The group is one of many affiliated with the Religious Zionism party in the Knesset, founded in 2005 by former followers of Rabbi Meir Kahane—a Jewish supremacist who called for the expulsion of Palestinians, destruction of the Al-Aqsa Mosque, and ban on marriage between Jews and non-Jews.

This gradual shift towards far-right politics—what can only be described as growing violent ethnonationalism embodied by people like Kahane—has existed since the foundation of Israel. During and before Al-Nakba, infamously known to Palestinians as the original sin that in 1948 drove up to 750,000 people from their homes, Jewish terrorist groups committed crimes against humanity. These groups expelled entire Palestinian communities by destroying homes and murdering innocent civilians who refused to leave.

Against such human rights violations, the ultimate question at hand is not one of Israeli actions constituting apartheid, but why so many states and human rights organizations refused to acknowledge apartheid earlier and continue to ignore it today. The United States recognized the twentieth-century Armenian Genocide by the Ottoman Empire in a critical recognition of the importance of truth and justice and the defense of human rights, making it impressively contradictory to openly ignore the blatant and systematized nature of apartheid and persecution by Jewish Israelis against Palestinians.

Yet contradictions define U.S. foreign policy in this case. Just as Washington claims to support human rights, it fights International Criminal Court (ICC) efforts to investigate human rights violations related to the Israel-Palestine conflict. The investigation, announced on March 3, aims to identify and address the actions of both Israeli and Palestinian groups and individuals—an effort designed to finally bring to justice past and current atrocities already outlined here. The Biden administration cannot claim to support human rights while fighting the legitimate efforts of the ICC.

Fortunately, this contradiction is becoming increasingly difficult to defend. Yet, while analysts should applaud any recognition of the violations by Israel’s government as a major advancement, such decisions come far too late. Recognition is hardly justice for the Palestinian children arrested just weeks ago. Justice may never come for those brutally executed during Al-Nakba for simply refusing to leave the land owned by generations of their ancestors. It begs the question: would any family in the United States accept such injustices?

This is the reality that Palestinians have faced for generations. The world can either prolong its complicity and allow such atrocities to continue while presenting bothsidesism that supports the status quo, or leaders can honor their human rights pledges and obligations. Palestinians have been out of time, and reports from Western organizations are, while an important step, a late and inadequate drop in the bucket in the long effort to recognize and resolve their struggle.

Alexander Langlois is a foreign policy analyst focused on the Middle East and North Africa. He writes for the Diplomatic Courier and holds an M.A. in International Affairs from American University’s School of International Service.

Editor's note: This article has been updated to incorporate recent events in Israel following publication.