Israel’s IAI to Work With Lockheed Martin on Air Defense 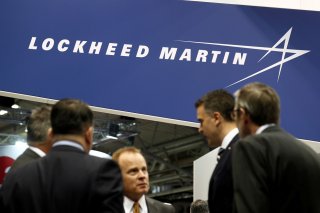 Israel Aerospace Industries, one of Israel’s three major defense giants, signed a memorandum of understanding with Lockheed Martin to cooperate on integrated air and missile defense systems. This is important because IAI has played a key role in Israeli air defense systems, from the Barak missiles to unique radar that is used with the Iron Dome system and radars being put on Israel’s new advanced Sa’ar 6-class warships. While Rafael Advanced Defense Systems, which makes the interceptors and Iron Dome system, works with Raytheon, the IAI partnership with Lockheed Martin represents a major step for Israel and U.S. defense giants.

“Under this collaboration, the companies will explore potential joint opportunities in areas such as research and development, production, marketing and other activities. Both companies will establish an executive steering committee and working groups for the implementation of this MOU and cooperation,” IAI said on July 6. IAI and Lockheed have worked together in the past with IAI producing wing skins for the fifth-generation F-35 jets. IAI delivered its one-hundredth wing to Lockheed Martin in September 2019. Lockheed and IAI subsidiary Elta, which makes radars, worked together to offer radar for the U.S. Army’s Lower Tier Air and Missile Defense Sensor in 2019. According to previous reports, Lockheed views IAI as an “elite supplier.” This is a testament not only to IAI’s success but also the unique Israel-U.S. defense partnership. IAI is also a major drone innovator and has sold large amounts of missiles to India in recent years, as well as signing drone deals around the world.

“Our long-standing relationship with the State of Israel and its defense industries opens new opportunities for Lockheed Martin, aimed to expand our businesses around the world while delivering unmatched integrated air and missile defense (IAMD) capabilities to our global customers. This new Memorandum of Understanding is yet another step in our strategy for cooperation with IAI, as a partner in some of our key programs,” said Tim Cahill, Lockheed Martin’s senior vice president of global business development on Tuesday in the wake of the announcement.

IAI’s Boaz Levy, one of the company’s most well-known experts in defense systems and missile defense who is now IAI’s president and CEO, said the memorandum of understanding “entered today is a strategic agreement for us. Combining the development capabilities and the vast know-how of Lockheed Martin and IAI experience accumulated over the years in IAMD systems will create win-win opportunities for both sides. IAI looks forward in exploring this cooperation and optimizing the possibilities in it.”

The same week IAI also announced that it is installing its MF-STAR radar known as “shield” or “Magen Adir radar” on Israel’s Sa’ar 6-class corvettes. So far Israel has received two of the advanced ships that are being built in Germany. These ships will help Israel secure its exclusive economic zone off the coast. They will have state-of-the-art defenses, including Barak missiles and the sea version of Iron Dome. IAI says that its radar is being installed on this premier defense warship, and will provide a layer of defensive and offensive capabilities from air and sea. “Israel Aerospace Industries (IAI) is integrating offensive and defensive systems, to enhance the ‘Sa'ar 6’ corvette’s capabilities and usher the Israeli Navy into a new technological era, under the guidance of Israel's Ministry of Defense (IMoD) and the IDF,” IAI said in a statement. The radars will serve to locate and classify air and surface targets and help to build an advanced and detailed maritime picture of the surveillance area. The radar system is also an important component of the Barak MX Air Defense System (Ra’am Adir), and provides a layer of defense against the advanced aerial and naval threat, according to the statement.

IAI also noted that it is upgrading Sri Lanka’s Kfir aircraft, providing new avionics so they can fly as fourth-generation “plus” fighter aircraft. These aircraft will receive new helmets and communications and sensors, along with advanced radar. In another deal, the company said that it has sold its Drone Guard counter-UAV system to an unnamed country in South Asia. Adding all this together illustrates the global footprint of Israel’s defense industry and how countries are tapping IAI’s expertise in air defense, avionics and radars.