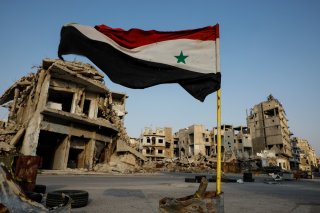 Here's What You Need To Remember: It’s also interesting to see how the Russian-Iranian relations develop as Russia doesn’t seem to be willing to protect Iran or Syria from Israeli strikes. As an open conflict against a high tech nation like Israel could tax the limited number of advanced Russian weapon systems available for expeditionary ops, it's not surprising that the Kremlin seems to avoid that scenario.

It’s interesting to see what aircraft the Israeli Air-force used in the attack and that was the F-35I employed. This also casts a further shadow of doubt over the Russian air-defense systems and their ability to intercept coordinated attacks. On the other hand the level of training and integration of the Syrian army might be too low to effectively use these systems without direct Russian support.