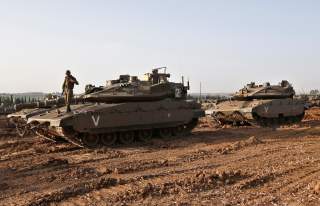 Key Point: Israel is a country in a perpetual state of existential war.