Israeli F-35s: So Good They Spark an Arms Race? 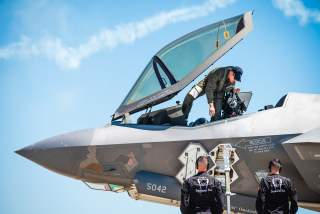