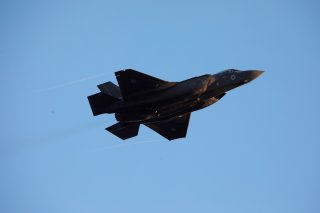 Here's What You Need To Remember: Just how good is the F-35? We might just find out.

A Kuwaiti newspaper created stir years back when it reported that Israel's new F-35 stealth fighters had flown over Iran.

Michael Peck is a contributing writer for the National Interest. He can be found on Twitter and Facebook. (This first appeared two years ago.)