Israel's 'Fire Weaver' UAV Is a Beast. Here's Why. 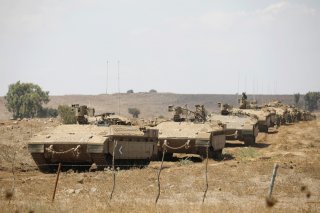 Key point: Fire Weaver is supposed to take the IDF to the next level in digitization as part of the IDF’s “Momentum” plan that will make the army faster, more precise and effective by harnessing technology and add-ons for soldiers and weapon systems.

Seth J. Frantzman is a Jerusalem-based journalist who holds a Ph.D. from the Hebrew University of Jerusalem. He is the executive director of the Middle East Center for Reporting and Analysis and a writing fellow at the Middle East Forum. He is the author of After ISIS: America, Iran and the Struggle for the Middle East (forthcoming Gefen Publishing). Follow him on Twitter at @sfrantzman. This first appeared earlier this month.