Israel's Iron Dome 'Shield' is Impressive, But Not Impenetrable 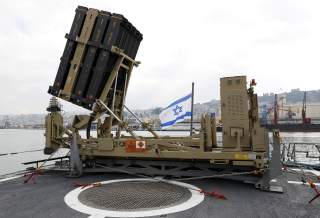 Key point: Like all missile defense systems, it can be overwhelmed.

The latest performance of Iron Dome, first deployed in 2011 and used extensively against Hamas rockets in the 2014 Israel-Gaza conflict, will interest the U.S. Marine Corps. The Marines are considering whether to purchase the Iron Dome to defend against rocket attacks. Iron Dome has also been mentioned as a possibility for the U.S. Army.