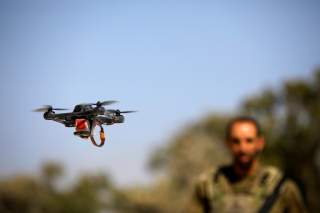 Key point: Israel has been integrating drones, which it pioneered, for decades.

Seth J. Frantzman is a Jerusalem-based journalist who holds a Ph.D. from the Hebrew University of Jerusalem. He is the executive director of the Middle East Center for Reporting and Analysis and a writing fellow at Middle East Forum. He is writing a book on the Middle East after ISIS. Follow him on Twitter at @sfrantzman. This article first appeared earlier this month.