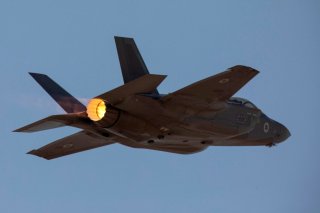 “We have (the attack plans) in our hands, but we will continue (to) constantly improve them,” he said in an interview last week on Fox News.

“The Iranian nuclear aspiration must be stopped. If the world stops them before, it’s very much good. But if not, we must stand independently and we must defend ourselves by ourselves.”

President Joe Biden is currently working toward renewing negotiations with the Iranians as part of an ambitious effort to return to the 2015 nuclear deal—known as the Joint Comprehensive Plan of Action—with the Middle Eastern nation.

Israel, however, has made it clearly known that it is opposed to that particular deal since it believes it only emboldens Tehran and its weapons programs—and instead has laid out a host of demands that it would like to see fully addressed in any future agreement.

The White House recently announced that Vice President Kamala Harris and Prime Minister Benjamin Netanyahu have agreed on the need for further tight-knit cooperation and partnership regarding concerning security issues in the region, “including Iran’s nuclear program and the regime’s dangerous regional behavior.”

Gantz was adamant that Iran could not be trusted in any kind of nuclear deal.

“The Iranians are breaking everything that was agreed with them, they are bluffing,” he said.

Gantz also addressed the dangerous activities of the Iran-backed Hezbollah militia group in Lebanon, noting that it boasts “hundreds of thousands of missiles” that are directed squarely on civilians.

Israel “will never allow Iran to become nuclear-capable or anywhere close to it. If the world stops them before, it’s very much good. But if not, we must stand independently. And we must defend ourselves by ourselves,” he added.

In response to the suggestion of any potential military action from Israel, Iran’s Defense Minister Brigadier Gen. Amir Hatami asserted that the country would retaliate forcefully, threatening to “raze” the cities of Tel Aviv and Haifa, according to the state-run Fars News Agency.

He later dismissed Israeli leaders as “dogs” and said that the country was “too small to show hostility to the Islamic Republic.”

“The Zionist regime knows—and if it does not know, it should know—that if it makes a mistake, the Islamic Republic will raze down Tel Aviv and Haifa,” Hatami said. “I advise them not to make this mistake, even in words.”