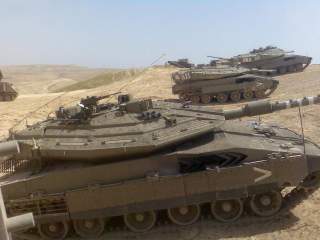 Key Point: The Merkava can take a real punishment.