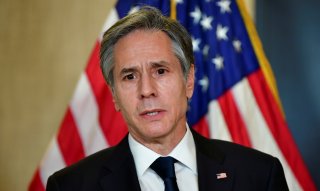 A principal foreign policy goal of the Biden administration is to defend the rule-based order.

Antony Blinken, Biden’s secretary of state, evokes the goal constantly. For example, during his opening remarks when meeting with China’s top diplomats in Alaska, he told his counterparts that the Biden administration “…is committed to leading with diplomacy to advance the interests of the United States and to strengthen the rules-based international order.”

Blinken also reiterated the administration’s support during a UN Security Council meeting when he said that the United States “…will continue to push back forcefully when we see countries undermine the international order, pretend that the rules we’ve all agreed to don’t exist, or simply violate them at will.”

America does not intend to defend this order alone but has enlisted its Western allies too. According to the just released NATO Communiqué, the thirty member military alliance recently declared that it is also “committed to the rules-based international order.”

The rules the administration wants to defend are the international laws that seek to limit the use of force. Emerging after World War II, the rule based order only allows force if approved by the United Nations or in self-defense. No longer is it acceptable for a state to extend its influence through its military, and great powers had to respect the rights of their less powerful neighbors.

According to America and its European allies, both China and Russia are currently violating these rules.

China, for example, is using its military to challenge the status quo throughout Asia. In the South China Sea, it has built and militarized several artificial islands, essentially claiming sovereignty over the entire body of water. China has also built military posts and relocated troops to its shared border with India, as well as in parts of Central Asia. And in an attempt to intimidate what it considers a breakaway province, China regularly sends its navy and fighter jets over and near Taiwanese borders.

Russia is acting in similar ways. In what former Secretary of State John Kerry described as “19th-century” behavior, Russia invaded and is currently occupying parts of Georgia and Ukraine. To regain its influence in the Middle East and North Africa region, Russia has sent its military to Syria and Libya. And in the Arctic, Russia has built a military base with the aim of establishing future control over the area.

The Biden administration has taken notice and wants the world to know that it intends to push back. The rules-based order is important enough for America to defend, and Biden plans to devote a significant amount of diplomatic and military resources towards protecting it.

But is this really a smart prioritization of America’s foreign policy objectives?

Yes, what China and Russia are doing is illegal, and the United States should not just sit idly by while its strategic competitors carve up the rest of the world into their own spheres of influence. But before the administration reorients American foreign policy to defend some alleged ruled-based order from its rivals, it would be better to first examine its own behavior. Because if the rules-based order needs protection from any one country, it would be from America, which has broken its rules on a fairly regular basis.

The 2003 Iraq War, for example, did not attain the approval of the UN Security Council. The Yugoslav Wars were NATO-led missions interfering in the domestic affairs of non-NATO states, again without UN approval. And regime change in Libya was a result of unlawful mission creep.

The general attitude of those who supported these interventions was that they were “illegal but legitimate.” America, frankly, was allowed to break the rules because it had good reasons to do so.

This mindset was summarized famously by former Secretary of State Madeline Albright when she said that if America ever had “…to use force, it is because we are America; we are the indispensable nation. We stand tall and we see further than other countries into the future, and we see the danger here to all of us.”

This may be convenient for America, but it was only a matter of time before others started to challenge it, which is where we find ourselves today.

The truth of the matter is that the rules-based order is largely a myth, and it was capability, and not rules, that determined when a country would use force abroad. Once the United States became the world’s only superpower it simply ignored the rules because no other country was able to stop it.

It should be noted that an important difference exists between what China and Russia are doing and what America has done. While a large amount of Chinese and Russian behavior is illegal, they are also pursuing genuine security interests. Unlike America, Beijing and Moscow live in areas where threats reside just beyond their borders. The best way for them to ensure they do not fall victim to these threats is to control the areas where they reside.

America, on the other hand, has used its military to pursue wars of ideology, most of which have little relevance for its own security.

Instead of rallying democratic allies to defend a rule-based order that never existed, the United States should instead work with its rivals to address these security concerns.