It Never Saw Combat, But The B-58 Hustler Was Ready To Destroy Countries 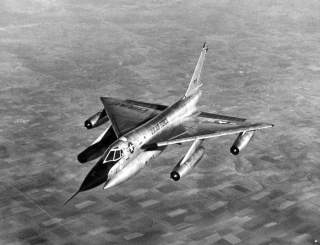 Key point: It would have heralded the end of the world.

On Nov. 11, 1956, the first B-58 Hustler took flight. It would never see combat. An exotic, beautiful bomber designed for high-speed nuclear strike missions, a change in Soviet tactics and a development method which dramatically hiked costs conspired to doom the Hustler — intended as a replacement for the jet-powered B-47 Stratojet.