It Wasn't Luck That No U.S. Soldiers Were Killed In Iran's Strikes On Iraq 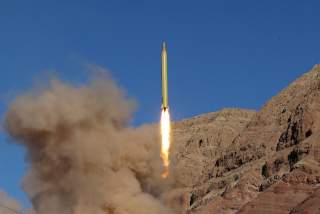 Know This: The fact that no Americans perished in Iran’s strike on US bases inside Iraq last week was no accident.

It would be false comfort to assume that the lack of casualties means that Iran is unsophisticated or incapable militarily. Quite the contrary.

An Iranian military commander said it was intentional that there were no deaths, and policymakers should believe him.

To understand some of the military implications of Iran’s first retaliatory attack against the United States for the killing of General Qassem Soleimani, policymakers should look back to their assault on Saudi Arabian oil fields last September.

In the crippling attack on the Kingdom’s largest state-owned oil processing facilities, Tehran employed a swarm of drones and cruise missiles.

This military operation employed the element of surprise and did it over a long range, itself a feat. The surprise attack on two different sites carefully targeting “valuable equipment that would be difficult to replace” demonstrates how well-coordinated it was, as well, using two different capabilities simultaneously.

General Khaled, in an interview for Defense & Aerospace Report, noted that Iran’s targeting has become very precise. Even more interesting was that no encrypted code was required. Today, he said countries can use civil technology to improve GPS essentially down to the centimeter.

This, says Khaled, is “exactly what happened in Saudi Arabia by Iran.”

But not only was it the extreme precision that should concern planners but the altitude, or height, of Iran’s hits on Saudi targets as another feature of attack. Not only could Iran reach any target of choosing but it was able to strike it at any height, too.

This is a new era that requires a new architecture to defend against, General Khaled told Vago Muradian. Simple measures and counter-measures will no longer work, nor one-front-war thinking. The battlefield is now 360 degrees and spanning many countries at once. Interoperability between allied and partner countries also will not be enough. The secure sharing of information is also needed.

When it became clear Iran had killed no Americans in the attack on bases in Iraq last week, the Wall Street Journal reported that “there was relief” by President Trump and his national security team. While no casualties are indeed a reason to be grateful, it was not a green light to be lulled into complacency about Iran’s growing military capabilities.

This article by Mackenzie Eaglen first appeared at the American Enterprise Institute.