Italy Is On Lockdown Thanks to the Coronavirus (4% Mortality Rate) 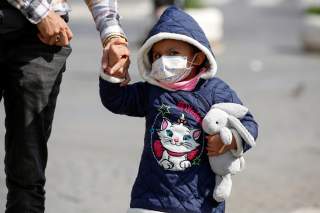 “Stay at home,” is the message imparted by Prime Minister Giuseppe Conti to the nation of Italy. With over 9,000 confirmed cases of the coronavirus, Italy has surpassed both South Korea and Iran with the number of infected and is second only to the virus’ country of origin, China. The death toll has risen to over 600. This has occurred less than three weeks since the first Italians were infected and has led to the Italian government to take drastic measures in an attempt to isolate the disease.

“Travel must be avoided across the entire peninsula unless it is justified by professional reasons, by cases of need or for health reasons,” Prime Minister Conti announced on television. “There is no more time.” Those wishing to travel will have to submit request forms justifying their actions to authorities at airports, train stations, and major roads.

The epicenter of the outbreak is in northern Italy, around the city of Milan in the Lombardy region. This region was originally under quarantine, but that measure has been expanded to include the entire country. State-enforced restrictions are set to be in place until April 3, although they may be extended if the disease does not abate.

In their day to day lives, Italians are encouraged to stay in their homes and “limit social contact as much as possible.” Likewise, private businesses are being encouraged to permit their employees a leave of absence until it is safe to return to work. On the other hand, healthcare workers are being compelled to come to work, and are prohibited from taking time off in the immediate future.

Restaurants and bars are having a curfew placed on their hours of operations, which are now limited to between 6am and 6pm. Furthermore, restaurateurs are being told adjust their establishments to ensure patrons are to keep at least three feet apart.

The distance rule applies to religious services as well, where worshipers must be separated. Although churches and other buildings will remain open (restrictions applied), there will be a suspension of all formal ceremonies, including baptisms, weddings, and funerals. Major sporting events such as soccer games are being suspended until further notice.

Lastly, all schools will be closed until students are told to return.

Many are speculating how, despite being a European nation with a modern healthcare system, Italy has suffered the worst so far of the infected nations. Coronavirus in Italy even has a mortality rate above average at 4%. Some are pointing to the fact that Italy has a higher than average elderly population, the demographic most likely to die from the virus.

This nationwide ban, after a rapid spread of coronavirus was proceeded by encouragement from local governments for Italians to go about their daily lives. Some are comparing the Italian response to that of the United States and the Trump administration, with fear of what could come next.