It's Official: The F-22 Raptor Is The Ultimate Aerial Killing Machine 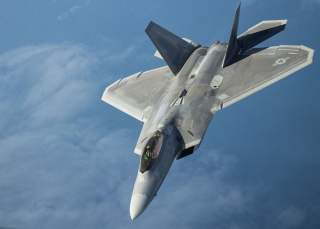 Unlike a large force exercise such as Red Flag or the U.S. Air Force Weapons School’s Mission Employment Phase—which are focused on developing pilot skills—an operational readiness exercise is designed to test a unit’s ability to deploy. It’s essentially a dress rehearsal for going to war.