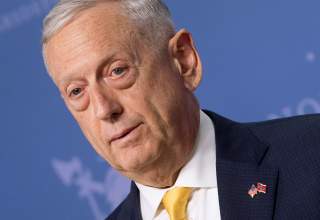 Chaos is returning to Stanford.

Mattis had served at the Hoover Institution after he retired from the Marine Corps in 2013 until President Donald Trump selected him as defense secretary. While at Hoover, he and co-author Kori Schake wrote the book "Warriors and Citizens" about the civil-military divide.

"I have long relied on the work of Hoover to supplement my understanding of the critical challenges facing our country and to help guide tough decisions," Mattis said in Tuesday's news release. "I believe we have an obligation to pass on the lessons we've learned so that future generations can study, learn and become better. Hoover has made this part of its mission, and I look forward to returning."

When he returns to the Hoover Institution, Mattis is expected to conduct research and write about domestic and international security policy as well as participate in programs about the military and national security issues in California and Washington, D.C.

"The wealth of knowledge and experience of an already extraordinary career has been made even richer by Gen. Mattis' latest endeavor as secretary of defense, and we are fortunate to once again be beneficiaries of his acumen," Hoover Institution Director Tom Gilligan said in the news release.

"One can find no one more universally respected for his honor, character, and relentless commitment to safeguarding American ideals than Jim Mattis."