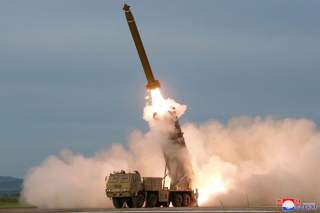 Key point: No missile defense is perfect, but the failure to track a missile makes the hard task of shooting one down even more difficult.

What Happened: Sources within the Japanese Self-Defense Forces told the Japan Times that both land- and sea-based missile tracking systems failed on at least two occasions to follow the trajectories of short-range missiles fired by North Korea during a series of tests it has conducted since May, the newspaper reported Sept. 23.

Why it Matters: During the tests, the missiles, which were capable of reaching Japanese territory, evaded detection by flying at low altitudes and on erratic trajectories, raising concerns in Japan of increasing North Korean capabilities. The South Korean military had success tracking the same missiles. This highlights the risks that could arise when the intelligence-sharing pact between Tokyo and Seoul formally expires Nov. 24. While the expiration will not block the exchange of information between the countries, it could make the process slower and more cumbersome.

Background: Japan plans to redeploy its forces to increase the chances of detecting low-flying missiles that could prove a threat to its homeland. While North Korea's recent tests of shorter-range missiles barely raised eyebrows in the United States, they have caused increased regional concerns.