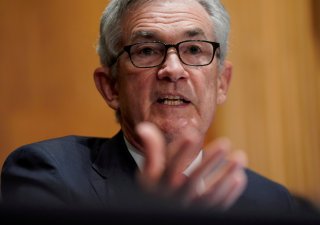 After weeks of speculation, President Joe Biden confirmed on Monday that he would re-nominate the current chairman of the Federal Reserve Bank, Jerome “Jay” Powell, to a second four-year term. Lael Brainard, a member of the organization’s board of governors favored by progressive lawmakers to replace him, is slated to become vice chair.

Biden spoke positively of Powell’s leadership abilities during a press conference on Monday, arguing that he had effectively shepherded the U.S. economy through the economic crisis accompanying the coronavirus pandemic.

During the pandemic’s early days, “Jay’s steady and decisive leadership helped to stabilize markets and put our economy on track to a robust recovery,” Biden claimed.

Former President Donald Trump, who nominated Powell to lead the Federal Reserve in 2017, later criticized him for refusing to obey his orders regarding interest rates. Although its governors are appointed by the president, the Federal Reserve is largely independent from executive authority; accountability is provided through its reports and testimony to Congress.

Biden referenced Powell’s clashes with Trump by noting that the chairman had “stood up to unprecedented political interference, and in doing so successfully maintained the integrity and credibility of this institution.”

A former investment banker, Powell served as a Treasury undersecretary in the George W. Bush administration. He was nominated to the Federal Reserve Board by President Barack Obama in December 2011 and took office in May 2012. It was the first time since the 1980s that a president had nominated a member of the opposition party to the board.

Brainard, the only Democrat on the Federal Reserve Board, has pushed for stronger worker protections. Additionally, she has increased regulation on banks and Wall Street as well as implemented economic action to combat climate change. Brainard’s policy stances that have earned her acclaim on the political Left but have led to caution on the Right. Biden indicated that her position as vice chair would allow the Federal Reserve to act in a bipartisan manner and ensure support for its activities across the political spectrum.

A central concern for the Federal Reserve in the weeks to come is inflation, which has soared as the U.S. economy has emerged from the coronavirus pandemic, leading to price increases. However, addressing inflation—by raising interest rates, for example—while retaining high employment remains a major concern.

The U.S. economy responded positively to Powell’s re-nomination, with an increase in stock value across the board on Monday.