Is Joe Biden ‘Rolling Over’ on Russia? 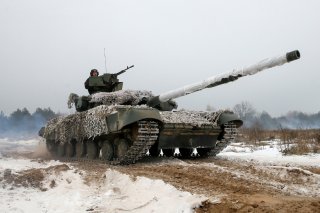 If President Joe Biden is serious about deterring Vladimir Putin, he must sanction the Nordstream 2 pipeline.

Russia has amassed 100,000 troops on the Ukrainian border, which is the “highest military deployment of the Russian army on Ukrainian borders ever,” according to Josep Borrell, the European Union’s foreign policy chief.

This deployment is a first test of the Biden administration’s resolve to obstruct Putin’s geopolitical goals. President Barack Obama’s failure to enforce his self-imposed Syria “red-line” in 2012 undermined his credibility globally. It was not a coincidence that Russia invaded Crimea two years later.

The media has characterized Biden’s approach to Russia as “tough” and “putting Putin on notice.” Yet the administration’s latest Russian sanctions exclude Nordstream 2. This is odd given that Nordstream 2 sanctions are congressionally mandated. The Biden Justice Department signed off on the sanctions and two senior Senate Democrats have pressured the White House to implement them.

The State Department issued a statement last month stating that President Biden was against the pipeline and the administration was “committed” to complying with legislation to stop it. The Biden administration did sanction two entities related to pipeline construction, but both were already sanctioned under President Donald Trump which had no impact.

Russia is the largest provider of natural gas to the European Union, supplied through Nordstream 1, as well as Belarusian, and Ukrainian pipelines. Nordstream 2 will not increase the amount of natural gas to Europe, it just bypasses Ukraine—through 1,500 miles of underwater pipeline in the Baltic Sea—to Germany. This will cut Ukraine out of hundreds of millions of dollars in transit fees, as Gazprom plans to cut Ukrainian supply, and could reduce Ukrainian GDP by 3 percent.

Putin has effectively used energy supply as an effective geopolitical weapon before.

In 2006 and 2009, Moscow cut off natural gas to Ukraine, leaving several European countries without power in the middle of winter. In 2009, the Kremlin gave Kyiv a choice: a 50 percent price increase or renewing the lease of Sevastopol, a Crimean port, to Russia for twenty-five years. Kyiv chose the latter.

An underwater pipeline is considerably harder to construct, but it provides Moscow an opening to militarize the Baltic Sea. The Kremlin has already claimed the pipeline has been targeted by foreign military vessels. Moscow will likely deploy military presence to the area under the guise of protecting all of Europe’s energy security.

Germany is the largest importer of natural gas in the world, relying on imports for 94 percent of its gas consumption. Russia currently provides 40 percent of that supply.

Germany, part of the NATO alliance, is now at Putin’s mercy. Military force is no longer required for Berlin to do Moscow’s bidding—all it would take is shutting off the gas supply and refusing to turn it on until the Kremlin’s demands are met. That is why President Trump reassigned 9,500 of 34,500 U.S. troops stationed in Germany to Poland. President Biden reversed this order in February 2021.

The Biden administration’s initial strong show of support for Ukraine at the beginning of the troop build-up was beneficial. However, in addition to holding back on Nordstream sanctions, Biden re-routed two U.S. Navy destroyers from the Black Sea. Biden also proposed a summit with Putin during an April 13 phone call. Putin plans to participate in Biden’s virtual climate summit on April 22.

“In one stroke, Mr. Biden gave Mr. Putin exactly what he craves, equal status with the president of the United States. Even if it never comes to pass, the invitation sends the message that Mr. Putin is irreplaceable, still worthy of the support of the oligarchs and elites whose fortune he guarantees,” Garry Kasparov, chairman of the Human Rights Foundation recently wrote in a Wall Street Journal op-ed.

If the United States is really done “rolling over” in the face of Russian aggression as Biden claims, symbolic sanctions are insufficient. Rhetoric may work well in domestic politics, but on the global stage, it must be proved with action.